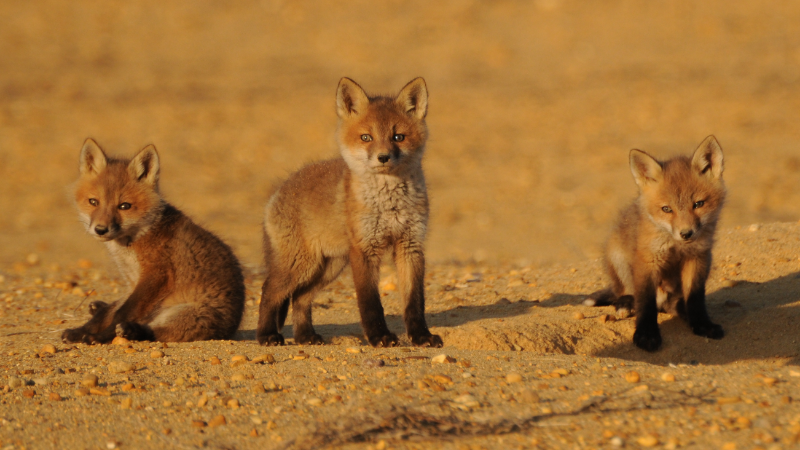 In the wild, the typical lifespan of a fox is one to three years, although individuals may live up to ten years. Unlike many canids, foxes are not always pack animals. Typically, they live in small family groups, but some (Arctic foxes) are known to be solitary.

Foxes are omnivores. The diet of foxes is largely made up of invertebrates such as insects, and small vertebrates such as reptiles and birds, and can include eggs and plants. Many species are generalist predators, but some (such as the crab-eating fox) have more specialized diets. Most species of fox consume around 1 kg (2.2 lb) of food every day. Foxes cache excess food, burying it for later consumption, usually under leaves, snow, or soil. Foxes tend to use a pouncing technique where they crouch down to camouflage themselves in the terrain, then using their hind legs, leap up with great force to land on top of their targeted prey.Using their pronounced canine teeth, foxes grip on to their preys neck and either shake until the prey is dead, or until the animal can be disemboweled.

The gray fox is one of only two canine species known to regularly climb trees; the other is the raccoon dog.